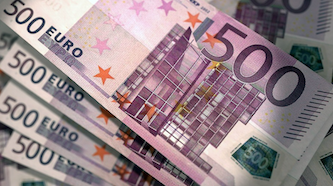 European company dividends (ex-UK) fell 45% in the second quarter of 2020 — down by an “astonishing” $66.9 billion to $83.4 billion —  according to the latest Global Dividend Index from Janus Henderson.

This was the lowest total since at least 2009.

“The second quarter is seasonally the most important in Europe, with two-thirds of the annual total paid during the period – most companies make just one payment a year,” said the report.

“An unprecedented 54% of European companies reduced their payouts in the second quarter and two thirds of these cancelled their dividends altogether.

“Some, like the banks, were mandated to do so by their regulators, others were unable to accept government loans and grants if they distributed cash to shareholders.

There was very wide divergence from country to country in dividends paid.

France, Spain, Italy and Sweden saw the biggest declines in dividends, while Germany was far less affected, and Switzerland was not impacted at all.

“Banks were responsible for almost half the drop year-on-year, with consumer discretionary sectors making up another one tenth.

“Industrial companies also scrambled to preserve cash and accounted for an eighth of the year-on- year decline.

“Among these the biggest impact came in construction, transport and aerospace.

“Most surprisingly, utilities which typically show resilience in tough times, also made a significant impact thanks mainly to cancellations in France.”