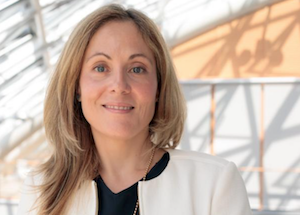 Climate financing by seven of the world’s largest multilateral development banks (MDBs) accounted for $61.6 billion in 2019, according to the 2019 Joint Report on Multilateral Development Banks’ Climate Finance.

About $41.5 billion or 67% of the financing was targeted in low and middle income economies.

In 2019, the Asian Infrastructure Investment Bank (AIIB) also joined MDB working groups, and its data is presented separately within the current report.

The 2019 report shows that $46.6 billion was devoted to climate change mitigation investments that aim to reduce harmful greenhouse gas emissions and slow down global warming.

EIB Vice-President Emma Navarro, responsible for climate action and the environment, said: “MDBs have a key role to play in ensuring a green recovery that is inclusive and aligned with the Paris Agreement.

“The report published today shows that our MDB family is on track to meet our commitments to scale up support for climate change mitigation and adaptation projects.

“At the EIB, we are determined to continue our strong contribution to those efforts.

“Last year, our bank represented one-third of total MDB climate finance, and around half of our financing in low- and middle-income countries targeted climate action projects.

“As the EU climate bank, we stand ready to work with our MDB peers and other stakeholders to support a green recovery in every country where we work.”