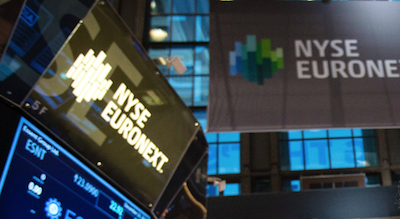 S&P Global Ratings said global securitization issuance volume for the first half of 2020 fell about 20% to roughly $420 billion equivalent compared to the same period of 2019.

“The impact of COVID-19 on global macroeconomic growth and the knock-on effects on market sentiment, interest rates, credit, etc. remain the key factors for the second half.”

European investor-placed securitization issuance now looks set to end the year substantially lower than in 2019, at between €60 billion and €70 billion.

“While market disruption caused by the COVID-19 pandemic pushed volumes down by about 25% y/y in the first half of 2020, this is a flattering basis to compare recent activity, given that issuance in early 2019 was artificially suppressed by uncertainties surrounding implementation of the EU’s Securitization Regulation,” said S&P.

“At the start of this year, the approaching maturity of some originators’ borrowings from official sector funding schemes promised to spur growth in bank-originated securitization in the U.K., and there was some evidence of an uptick in the first quarter.

“However, both the Bank of England’s and the European Central Bank’s subsequent responses to the public health emergency have included renewed large-scale provision of cheap term funding for banks, which is likely to stifle bank-originated securitization supply once again.

“At the same time, issuance in the largest non-bank sector — leveraged loan CLOs — dwindled by nearly 35% y/y in the first half of 2020.

“The CLO sector is also a focus in terms of credit performance.

“The macroeconomic shock from government-imposed lockdown measures across the world has exacerbated the decline in credit quality that had already been evident for CLO collateral pools.

“For example, the proportion of underlying European CLO exposures that S&P Global Ratings rates in the ‘CCC’ category has risen to more than 8% from about 2% in March.

“In consumer-backed sectors, such as RMBS and consumer ABS, the uptake of borrower payment holidays has not put significant pressure on transactions, where external liquidity provision is typically sufficient to cover many periods of bond coupon payments.”