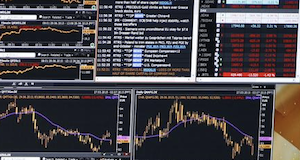 Amid the coronavirus crisis and lockdown, European M&A fell to its lowest quarterly deal value for over a decade.

About $83.6 billion was spent on European deals in the second quarter, the first time the figure has failed to reach $100 billion in a quarter since 2009.

“Amid severe economic contraction, companies have been reluctant to part with any large-sums of money in recent months, with only 19 deals valued above USD 1bn announced in the second quarter of the year,” said Mergermarket.

“In contrast, 37 such deals occurred in the opening three months of 2020.

“The OECD is forecasting severe GDP falls across Europe, with the UK, France, and Italy all projected to suffer a drop by over 10% in 2020.”

However, with economies beginning to open up, European dealmaking in recent weeks “gives an early indication as to where investment is likely to occur in the coming quarters,” said the report.

Although M&A struggled, the debt and equity fundraising markets came back with a vengeance in many regions.

Globally, leveraged loans and high yield bond issuance reached more than $1 trillion globally in the first half of the 2020, according to figures by Mergermarket sister publication Debtwire.

In equity capital markets, May was the busiest month for equity issuances in the US since January 2019, according to sister company Dealogic.