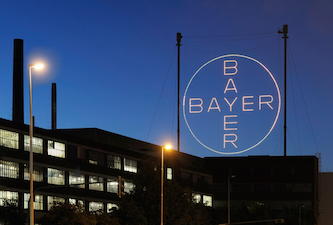 German drugs and pesticides giant Bayer AG agreed to pay as much as $10.9 billion to settle almost 100,000 US lawsuits claiming that its weedkiller Roundup caused cancer.

Bayer did not admit liability or wrongdoing.

The agreement ends legal disputes Bayer inherited with its $63 billion takeover of Monsanto in 2018.

Bayer also agreed to resolve for $820 million most cases in litigation over alleged waste water contamination with PCB, which Monsanto manufactured before 1977.

The company also agreed terms for up to $400 million to resolve lawsuits brought by land owners who allege their crops were damaged by neighbors using Bayer’s dicamba-based weedkiller.

“First and foremost, the Roundup settlement is the right action at the right time for Bayer to bring a long period of uncertainty to an end,” said Bayer CEO Werner Baumann.

“It resolves most current claims and puts in place a clear mechanism to manage risks of potential future litigation.

“It is financially reasonable when viewed against the significant financial risks of continued, multi-year litigation and the related impacts to our reputation and to our business.

“The decision to resolve the Roundup litigation enables us to focus fully on the critical supply of healthcare and food.

“It will also return the conversation about the safety and utility of glyphosate-based herbicides to the scientific and regulatory arena and to the full body of science.”

Bayer said in a statement: “The main feature is the U.S. Roundup resolution that will bring closure to approximately 75% of the current Roundup litigation involving approximately 125,000 filed and unfiled claims overall.

“The resolved claims include all plaintiff law firms leading the Roundup federal multi-district litigation (MDL) or the California bellwether cases, and those representing approximately 95% of the cases currently set for trial, and establish key values and parameters to guide the resolution of the remainder of the claims as negotiations advance.

“The company will make a payment of $8.8 billion to $9.6 billion to resolve the current Roundup litigation, including an allowance expected to cover unresolved claims, and $1.25 billion to support a separate class agreement to address potential future litigation.

“The Roundup class agreement will be subject to approval by Judge Vince Chhabria of the U.S. District Court for the Northern District of California.

“The resolutions were approved unanimously by Bayer’s Board of Management and Supervisory Board with input from its Special Litigation Committee.

“The agreements contain no admission of liability or wrongdoing.”