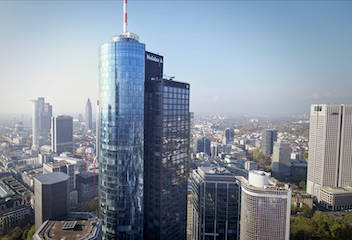 German public-sector banks Helaba and Deka will consider a merger, a spokeswoman for Germany’s savings banks association said on Tuesday, according to a Reuters report.

A merger could create a German financial powerhouse with about €260 billion in assets and around 11,000 staff.

The spokeswoman said that the majority owners of both Frankfurt-based banks decided that the lenders would enter talks “with a view to examining closer cooperation, up to and including a merger,” Reuters reported.

The plans come at a time when banks are facing pressure to consolidate because of low interest rates and competition from listed or cooperative banks as well as online start-ups.

The decision follows a meeting of savings banks officials on Tuesday.

Earlier this year, sources told Reuters that the banks were considering a tie-up.

Business daily Boersen-Zeitung first reported on the plans on Tuesday.

Helaba is one of Germany’s landesbanks, which are traditionally owned by savings banks and regional states.

Deka is owned by 12 regional savings banks and serves as an asset manager for all of Germany’s savings banks.

Germany’s savings banks umbrella organization, DSGV, has pushed for mergers and its president, Helmut Schleweis, last year floated the idea of creating a so-called super-landesbank, or a central bank for the savings banks.

A spokesman for Deka declined to elaborate. Helaba did not immediately respond to requests for comment.