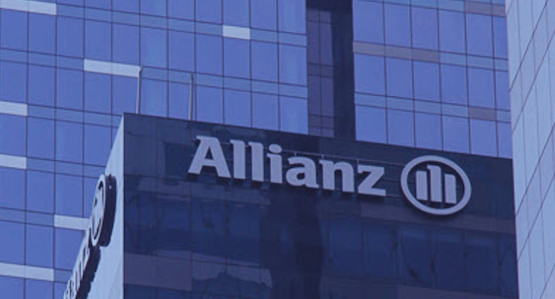 Munich-based Allianz said its property and casualty segment saw operating profit fall by 7.5% due primarily to higher natural catastrophe claims in 2017, the costliest year ever for the insurance industry.

“Claims stemming from California wildfires, hurricanes Harvey, Irma and Maria plus European storms and other natural catastrophes rose to 1.1 (2016: 0.7) billion euros for the year,” said Allianz.

Net income attributable to shareholders edged 2.3% lower to €6.8 billion in 2017, influenced by the one-off impact of U.S. tax changes and effects from the sale of Oldenburgische Landesbank (OLB).

The fourth quarter, though, was affected by one-off factors.

Operating profit in the quarter declined to €2.8 billion from €3 billion, due in part to a €0.2 billion rise in claims from natural catastrophes, a rise in other weather-related claims, and lower investment results.

Quarterly net income attributable to shareholders decreased 22% to €1.4 billion, affected by the one-off impact of U.S. tax changes and the sale of Oldenburgische Landesbank, which had a negative €210 million impact.

“Hurricanes, storms and wildfires hit the insurance industry hard in 2017, making it the costliest natural catastrophe year ever for the insurance sector,” said Bäte.

“We worked quickly to help our customers get back on their feet. This is the most fulfilling part of our business. For natural catastrophes alone, we paid out some 1.1 billion euros in customer benefits.”

“We are confident that Allianz is well positioned to deliver strong financial results again this year.

“The Group aims to achieve an operating profit of 11.1 billion euros in 2018, plus or minus 500 million euros, barring unforeseen events.”